The Cure for Morning Sickness

Some people call it “morning sickness” but what do you call it when it’s “all-day-and-night-sickness”? Well, for those suffering from whatever-you-call-it, I have some great news to pass along. This is my 5th pregnancy and I can’t believe the difference since trying this common remedy. But, first, I have a little story to tell (well, maybe it’s a food confession…)

So there I was…it was 10 O’clock at night and I could not sleep. That same eerie, nauseated feeling sunk low into the hollow parts of my stomach. Rather than making a rumbling sound (as when one is hungry) it was a silent, dense monster roaring in the confines of its cave. Feed Me! Feed Me! I knew at that moment that I must do something and act quickly. If I waited any longer the monster would stop speaking and start running a-muck destroying the well laid foundations of my digestive track. I looked over at my sleeping husband who had so mercifully cleaned the kitchen, made food for the family, and cared so tenderly for me. He was asleep with a winter head-cold and I could hardly think of waking him. I also saw that my toddler was fully awake and she looked willing and able to tackle a new food adventure with me. So I did only what I knew I had to do. I could not go back to the kitchen because the thought of cold “Sloppy Joes” and baby carrots with ranch would not settle well. I needed food…good food…and soon! So in a moment of desperation, I went to the computer and, to my utter delight, found a fine restaurant just 5 minutes away, and it was open till 10:30!! What could be better? So I quietly made a phone order, got dressed, packed the baby in her warm snow suit, and headed for the door (I did leave a note for Chris, just in case he woke up and worried about my random disappearance). I braved it through the cold (of the South, mind you) and arrived to my warm entrée of “Pecan Parmesan Crusted Rainbow Trout, sautéed and topped with artichoke hearts, fresh basil and lemon butter,” and a house salad. They almost forgot the salad, which would not have made the monster happy. Luckily, I checked the bag before I left the parking lot. We drove home through the quiet streets and feasted at our dining room table. My daughter especially liked the garlic mashed potatoes, I might add. At last, I felt full…well for a few hours at least!

The next morning, I realized that I had created quite a scandal amongst the children (and husband) as I reluctantly confessed (under threat of tickle torture) to my $21.77 bill from last night. The children could not believe that I’d do anything so…so…unlikely. Chris just laughed and was glad that I felt better.

So that’s my story. It’s a desperate one, I know. Why should I be so picky and careless? Well, here’s where the story gets better. Instead of continuing this insanity for another 2-3 months, I came across a remedy that has helped to balance my cravings, settle my nauseated stomach, and give me more energy. For about 4-5 weeks, I have been on a constant roller-coaster of nausea and voracious hunger attacks. The feeling of having non-stop motion sickness or non-stop stomach flu sometimes feels like it will never end. Well, three days ago, I thought I would try one more thing. Although I use herbs, homeopathy, and essential oils for almost everything, when people would ask me about a “cure” for morning sickness, I would have to throw my hands up and shrug my shoulders. I thought I had tried everything: Red Raspberry, B-12, Homeopathic remedies, ginger ale, ginger snaps, lemon drops, “Preggy Pops”, etc., and my favorite one…”just eat some Saltines.” Well, 4 months of sickness with 4 babies + 2 months thus far = 18 total months of “Yuk.”

Until three days ago, I would not have believed that anything could help. Well, anything except sushi, which we ate at almost weekly with my last pregnancy. (Yes, I know the risks involved in eating sushi while pregnant, but I don’t regret it one bit. I would go away feeling better for a time.) We thought about naming our daughter “Nori” or “Sashimi”.

Now, looking back, knowing what I know now, I am beginning to get the picture. What do you usually have with sushi, besides wasabi and soy sauce? GINGER, GINGER and more GINGER!

Three days ago I took out a fresh piece of ginger root from the fridge, sliced a piece and put it under my tongue. Amazingly, I began to feel a little bit better. I continued to do this all day, keeping it near to me. I actually stayed out of bed all day and was able to tolerate a greater variety of foods (still no Sloppy Joe’s, though). I felt more balanced and had more control over the “monster.” Since then, I have made a tonic by lacto-fermenting ginger root and sugar (the sugar is eaten as it ferments) and sipping on that during the day.

So here it is: A Recipe for Success. It may not stop all issues associated with feeling ill, and you may not be up to the same speed as you were pre-pregnancy, but for me it has been a welcome relief to incessant, life-altering “morning” sickness. I would also suggest that you use it continually and not just once or twice (as I had done in the past).

Option 1: Keep slices of FRESH ginger root with you at all times. Place it under your tongue as soon as you feel your energy-meter sliding toward “empty”. Most grocery stores carry fresh ginger root.

Option 2: Make a soda-like “Tonic” to sip on throughout the day.

Using the ideas of an excellent article entitled “Old-Fashioned, Healthy, Lacto-Fermented Soft Drinks: The Real “Real Thing” on June 18th 2003 posted on the Weston A Price Foundation Website, I used this info to experiment in my own kitchen. Several months ago, using different techniques, I had experimented with making a small beer using sorghum, hops, wheat, and ginger. It was not very good (too many hops made it medicinal tasting), but the culture held and I was able to use that to inoculate my “Ginger Tonic.”

Here is word-for-word what Charles Einstein, the author of the above mentioned article, says:

“The Culture: You can use a bottle of soda from the last batch as culture, or you can make your own from scratch. Dice fresh ginger root into tiny cubes and put a tablespoon of it into a mason jar 3/4 full of water, along with 2 teaspoons white sugar. Add another 2 teaspoons each sugar and ginger every day for a week, at which time it should become bubbly with a pleasant odor. If it gets moldy, dump it and start over. Even a small amount of culture will start a batch of soda going, but it’s best to use at least a cup per gallon so that these beneficial lactobacilli can dominate before less desirable microorganisms have a chance.”

In a pot combine about 1 gallon of filtered water, about 2-3 oz. of sliced ginger root, and 2 cups of sugar. Simmer for about 20 minutes. Remove from heat until cool. Place in a gallon sized glass jar (or 4 Mason jars).

After it is lukewarm, add 1 cup of your culture to the syrup.

Leave the mixture at room temperature (covered, but it doesn’t have to be airtight) for 4-5 days. (Note: the longer it ferments the less sweet it will be)

Once the flavor is to your liking you may either drink as is and store in the fridge, or you can carbonate it by putting it in corked bottles (Grolsch beer bottles are good for this). If you bottle it, leave it out for another 2-3 days and then put it in the fridge to slow down the fermentation. WARNING: If you do bottle it, remember that it will build up gasses and it could possibly burst if it is left for a long period of time. Mr. Einstein recommends drinking it within a month.

As you can see my directions are not dogmatic as home brewing is very forgiving. Feel free to experiment by adding other flavors and various sugar/water combinations as I am. Basically, you are causing “good” bacteria to feed on sugar and then give off gasses (carbonation). If the “tonic” is too complicated and strange, then stick with plain ginger. Give it a try! While you do that, I am going to get some more ginger tonic and a snack. Praise God that he provides all things for our healing and ease!

2 thoughts on “The Cure for Morning Sickness”

9G Health Foods is proud to offer the diapers we’ve been using for over 6 years! The Mother-Ease Diaper System is the world’s BEST diaper system in existence, and we’re 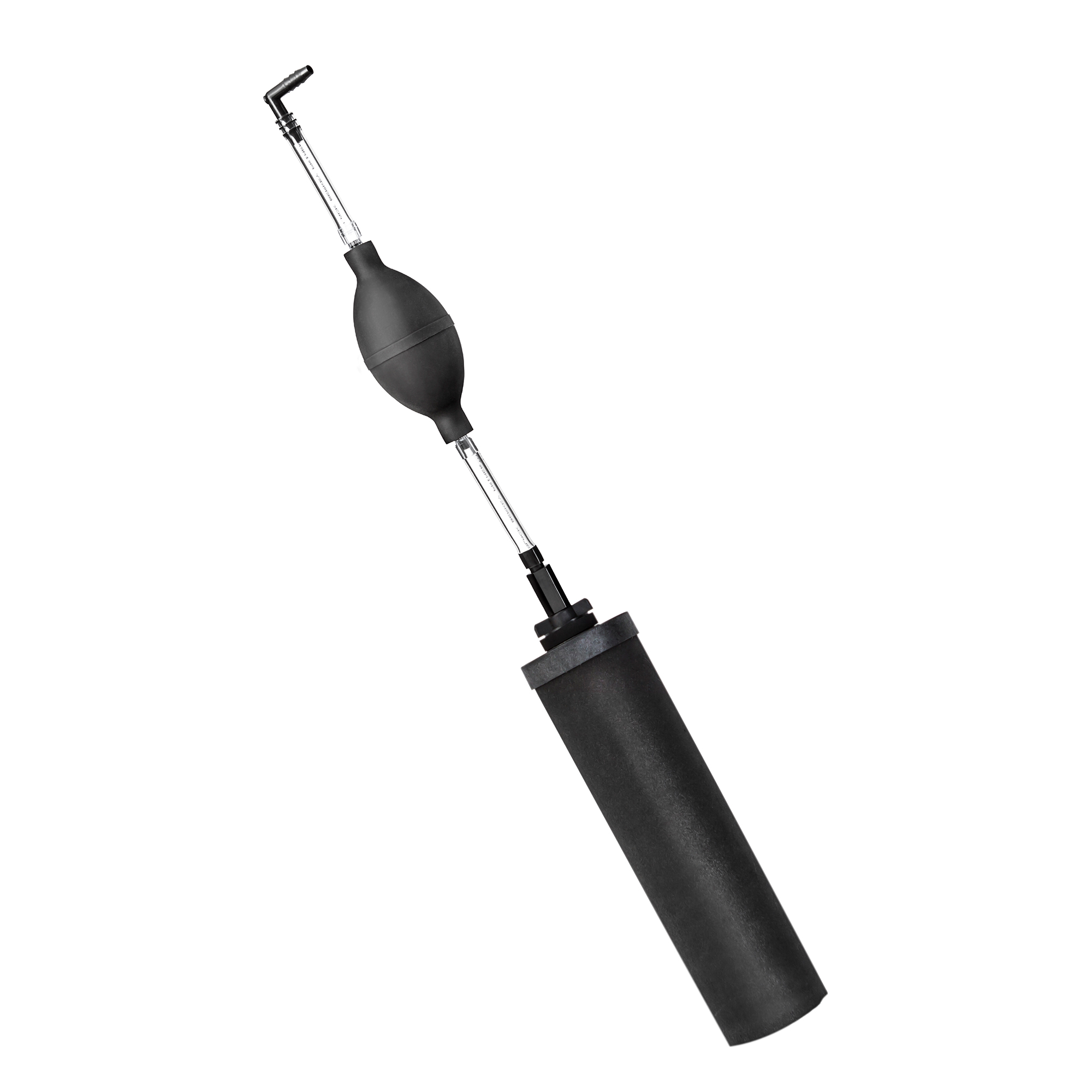 Whether it’s a backbacking trip, a weekend campout, or a survival scenario, the Black Berkey filters are particularly suited for use in areas where the only water source might not

Informed consumers are the choir when it comes to preaching on the health hazards associated with soda consumption.  However, not all buyers are as savvy.  In the year 2000, Americans spent over $61 billion on